A few mornings ago, the tide was so far out that we walked on sand that is usually deeply buried under waves. It was a surprise; I don’t keep track of the tides as I might, and don’t know anything about how they come and go.

I didn’t take my camera that day, but that was better; sometimes having a phone along for the ride means that I hesitate at diving into the experience itself. That morning, though, I walked with my family around the base of cliffs that are usually hidden, through tunnels that I didn’t know existed, which led to beaches I’d never seen. It was magical; the earth had shared a secret, and I was lucky to hold it for a moment, knowing it would quickly disappear. 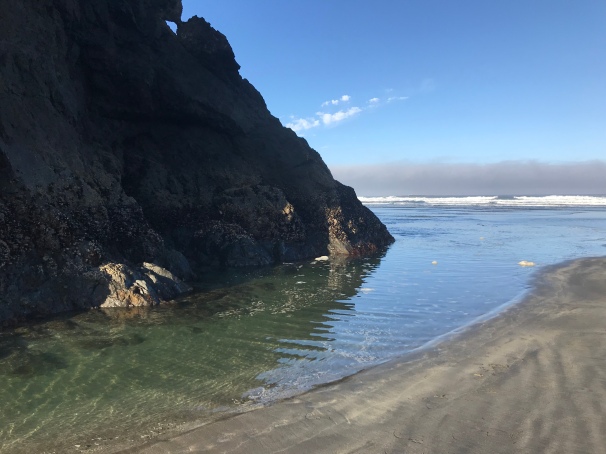 Yesterday, we returned to that beach, this time both to enjoy and to share a bit of what we are fortunate to see on such days. The tide was higher, the beaches again tucked away behind forbidding waves. Yet there was still beauty, so rarely seen by my eyes, hinting at the neighboring world. Anemone, sea stars, so much more. 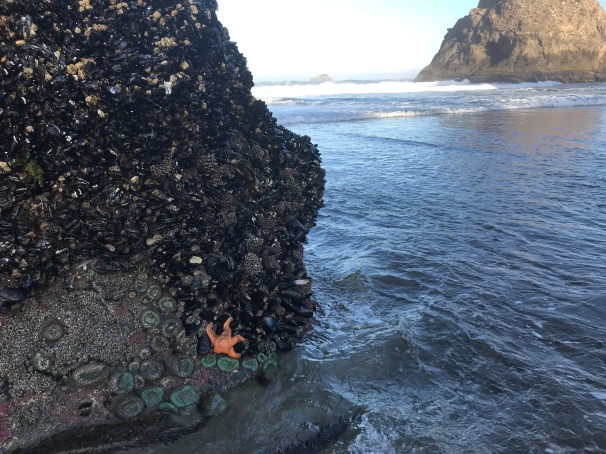 When you lean close in, there is a whispering that comes; an almost-birdcall from tiny creatures that are made from things I don’t understand. It is a whistle, an echo of itself, a gasping and a breath against the pounding surf, speaking in a language I wish I knew.

But I don’t know those words, so I’ll remain in the mystery. Remain, in the unknown, in awe.