I love you, passport, oh yes I do

I don’t remember what my first passport looked like.

I do remember, though, the feeling that came along with having one: a taste of invincibility, an ounce of possibility. At 17 years old, it felt like the promise of adventure, a graduation into adulthood that was much more meaningful than anything I’d experienced. The idea that I could go anywhere absolutely blew me away.

(Truthfully, it still does.)

And that was enough for me to fall deeply in love with the reality of having a passport. The travel, which soon followed, was an entirely different matter altogether. 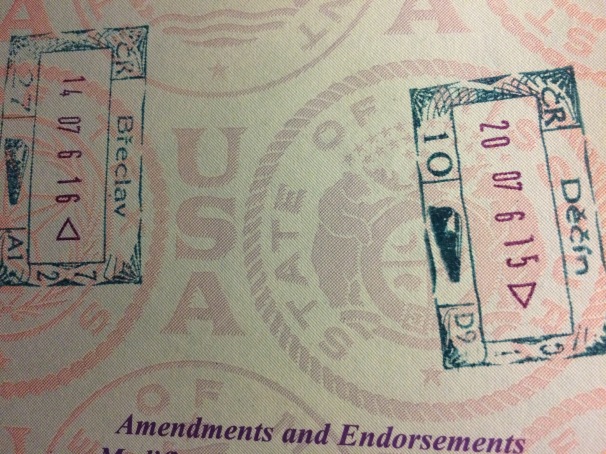 A decade later, by the time I posed for the picture for my second passport photo, I had some experience with traveling, though not nearly as much as I wished. By then, I’d been to London twice, and to Paris once; lucky as I felt, there were so many places still to go.

I lived in North Carolina at that point, finishing my first year of graduate school. I hadn’t yet cut my hair short and discovered it was curly, which I did a few months later. Thus, my passport picture, taken on a day when a stylist had blown my long hair into stick-straight submission, never quite looked like me.

More importantly, that picture was also taken before I’d been to the Czech Republic, Switzerland, Iceland, Scotland, Ireland, Canada, Germany, Italy. It was before I’d watched the World Cup in public European squares; before I’d wandered the Van Gogh museum by myself in Amsterdam; before I’d ever traveled alone internationally. It was before I’d slept in a sweltering tent beneath the stars of Florence, or put my skis onto Austrian snow, or seen a million miracles because my eyes and heart were widened by the joy of experiencing a place that was not my own. 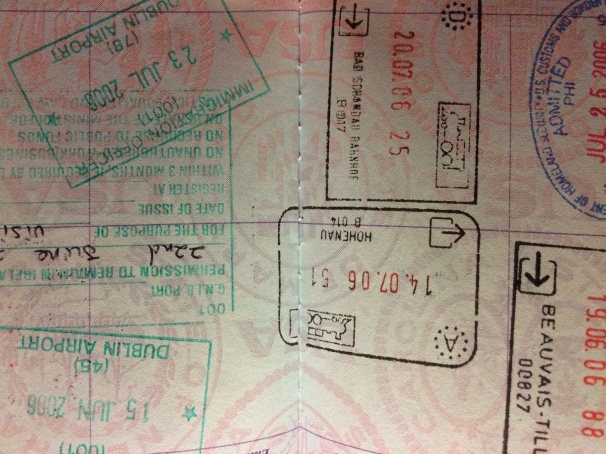 Renewing my passport feels monumental for the way that it captures a specific moment in my life. I can’t imagine where the next 10 years will take me, any more than I could have imagined how the last decade unfolded, but – barring theft or my own carelessness – this snapshot of a second in my life will go wherever it is that I go.

So last week, when I went to a local Rite-Aid and posed in front of a white screen for the newest iteration, I did so with nostalgia for what I have already experienced, and eager anticipation for what is to come. For this picture, I didn’t style my hair or put on makeup. Taken on my way home from work, my hair is untamed and my face is free of makeup. I look like a woman who is busy, who has things on her mind; smile lines say she is mostly content, but the furrow in her brow hints at seriousness.

When I look back on this passport picture, here’s what I think I might remember: it had been a long workday, but I was excited to get home, where my fiancé, our puppies, and one of my dearest friends – visiting from Pennsylvania – were waiting for me. It was a pretty day; sunshiney. I could hear the ocean.

I was in a little bit of a hurry. I felt purposeful, optimistic, and happy.

Perhaps the stamps measure where I have physically traveled, and oh, do I love them. But there’s something in the magical little booklet itself that always seems to me to hold something less tangible, and even more important, as the years continue to fly by.