White things (that are not snow)

I’ll be the first to admit that – though there are lots of advantages to California’s weather on the coast – I really miss a good snowstorm. I’m not talking about an inch of sleet-snow mix that makes walking treacherous though it fails to bury even the grass; I mean a good, thick, hours-long dose of fat white flakes, drifting towards the earth before landing softly, yet powerfully, rendering movement outside impossible.

I loved those days on the east coast. I never felt “trapped” inside; I was one of the lucky ones who had a warm place to be and enough food to eat. So instead of dreading a paralyzing snowfall, I celebrated those days inside: cozied up with books and movies, made soup and cookies, and raised a glass to the glory of a snowfall that forced everyday life to stop.

Yesterday I awoke to the first of many pictures shared by mid-Atlantic friends and family who tried to capture the depth of the snow, even as it still fell. Pictures of snow piled upon deck chairs; benches in backyards nearly invisible because of high drifts; cars recognizable only because of the thin sticks of windshield wipers pointing towards the sky: all of these invoked a sense of longing in my heart. Soon, my Facebook feed filled with an all-white landscape of photos.

When finally I went outside, I was somewhat startled to realize that the snow was nowhere near me. Instead, it was warm(ish) and sunny on the North Coast. Slightly disappointed, I decided to see where I could find the color white in my own world.

I found it in a calla lily just outside my door:

….in the waves of the Pacific Ocean, just down the street: 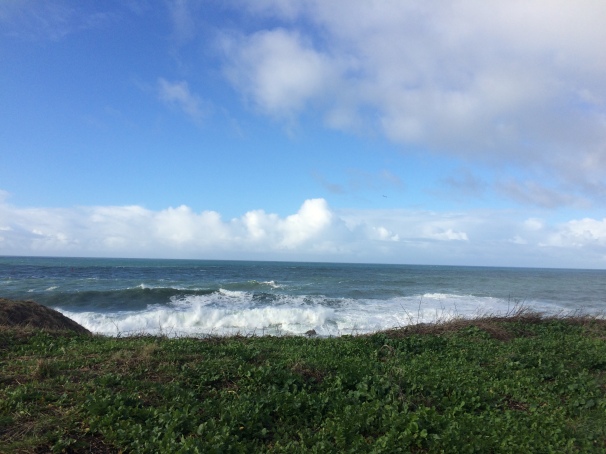 …on my puppy’s front paws: 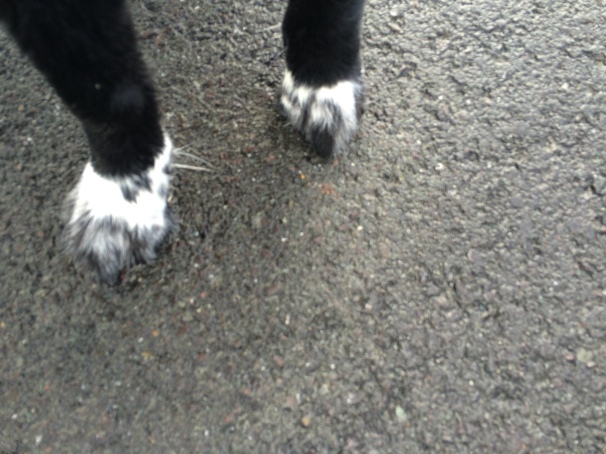 …in a bird perched upon rocks:

….hidden in the curve of a broken abalone shell:

…in the commanding presence of clouds: 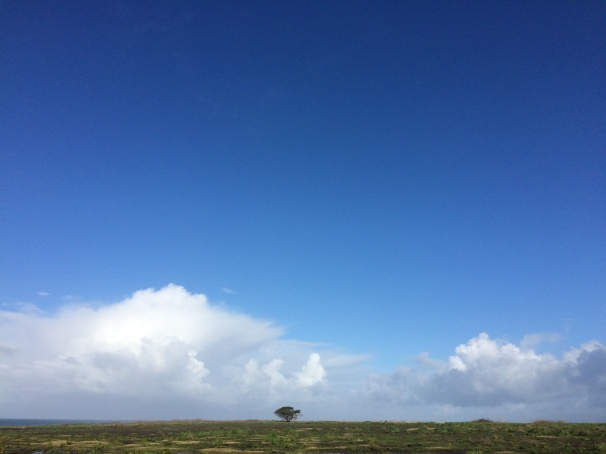 …in the delicate petals of a flower:

…and painted on the wood of a fence:

When I returned to my house, I read, baked, watched a movie, and made soup, as if I was  snowed in for the night. The coziness and delight of a momentarily monochromatic world is a unique pleasure, and though there’s nothing like a day on the coast, it could never replace the satisfaction of the occasional snow day – in my eyes, anyway.

Tea, with so much cream that it’s nearly as white as the cup cradling it.

There’s a lot to enjoy about a sunny day in California; I know that. Yet while the deafening roar of the ocean’s waves is incredible, so too is the deafening silence of a world covered in snow, which quiets – for a second – that which so often pulls us elsewhere. So tonight, I’ll raise a glass to the glory of a snowfall that I know isn’t anywhere close to my front door. Remembering those days that I was lucky enough to enjoy, I’ll pretend, just for a little while, that I have no choice but to stay inside.

4 comments on “White things (that are not snow)”