I instead lay in bed with my eyes wide open, listening to the sounds of my slumbering family, planning the following day: an all-white outfit to the polls, in honor of the suffragists who’d helped guarantee my right to vote; ballot ready to go; champagne in the refrigerator. I thought to myself of celebration and a sense of possibility that I’d never experienced before; of young children everywhere understanding that it really is possible to do anything, regardless of race or gender; of the unbridled joy I’d felt when Barack Obama had been elected eight years earlier. I watched the time go by, in the middle of the night, wondering who else was awake, counting down the minutes until they too could finally vote for a woman – a highly qualified, compassionate, brilliant woman – for President of the United States.

Less than 24 hours later, I was shattered, wanting to block the whole world out, afraid of what was to come.

And here we are, two years on. We have the chance, tomorrow, to make a statement about who we really are as a country. We have the chance to go on the record as rejecting the racism, hatred, sexism, total lack of integrity, and utter incompetence that have defined this administration since it came into being in January 2017.

We can’t fix everything on Election Day 2018, but we can start setting things right again.

I will be wearing white tomorrow. I will be excited to cast my ballot. And whatever happens, I will continue to work towards the ideals I hold dear, of true freedom, and genuine equality, and the possibility to be something better than we are today; something so much better than we have been in the last two years.

Something better, even, than what we have ever been.

Happy voting, everyone. I hope to write again soon with a glass of champagne, finally, in hand. 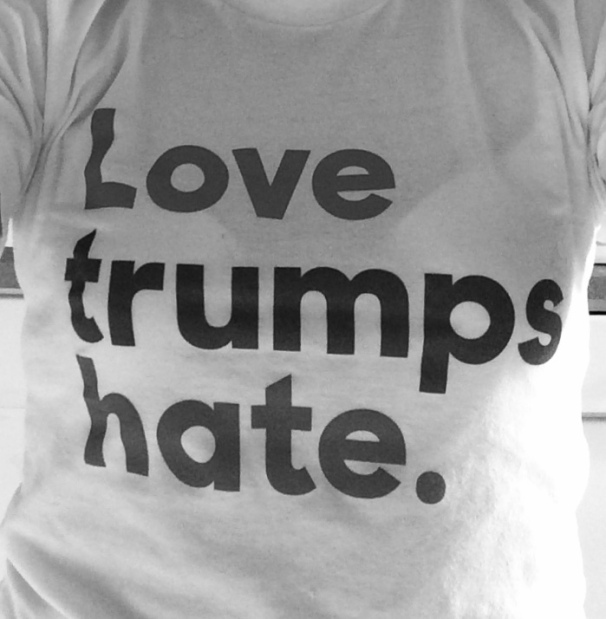 (And – p.s. – if you have problems voting tomorrow, give a call to the Election Protection hotline: