By land or by air

I owe you a New Year’s blog post, and a few others, but for now, on this flight to San Francisco from Philadelphia, I am too distracted by my seatmate to do that. A slim young man wearing a technical shirt with thumb holes, as if he might break into a run up and down the aisle, he has spent his time on this flight alternately picking at his acne or his eyebrows, occasionally scratching at the inside of his nose or ears, and interspersing it all with the creation of impassioned love letters to his girlfriend of a year.

(I figure, if you’re going to write about it on a plane, you take the risk of other people reading it over your too-close shoulder. I realize I’m taking the same chance now; fair enough.)

So instead, I’ll think about the roadtrip I was on at this time last year, leaving Toronto to return to Baltimore, after a merry and spontaneous jaunt to that very cold city. It was one of the first times I’d used Airbnb, and was such a great experience that it inspired apartments instead of hotel rooms for my next several trips.

This nook, suspending me above a city where temperatures remained far below freezing, became my favorite spot in an apartment so comfortable that I found the resident used my brand of shampoo and shared my taste in books.

Toronto was great for a lot of reasons, but what I really loved about that trip, besides the apartment’s reading chair and the friendly bookshelf, was the delight of grabbing my passport and hopping into a car with a day’s notice, heading off to a place I’d never before visited, stopping along the way in places I also hadn’t seen.

For some reason – perhaps because I am returning to the mild winter of the Northern California coast – what I find myself thinking of today is stopping at Niagara Falls on that roadtrip. I don’t think that most people probably go to Niagara Falls in the winter, for there is no possibility of a behind-the-Falls boat ride/dousing, but it was incredibly beautiful, and I’m glad to have experienced it in that season.

Imagine, if you will, the roaring sound of the Falls juxtaposed against the insulating silence of heavy snow.

Gorgeous and cold, chunks of ice tumbled over the edge of the waterfall with a recklessness I envied. I felt almost tempted to jump in, sensing such an action was just a matter of time, surely, as though I did not have full control over my body in the presence of such greatness.

In the sunshine, the ice sparkled like jewels on a lemmingesque suicide mission.

I regret that we did not stop at the Jell-O Hall of Fame after Niagara Falls, but we made it a point to visit Ithaca, New York, for the Moosewood Restaurant, a place I fell for through the cookbooks it inspired, but had never before visited. It lived up to my every hope. And on the way back down, we made it a point to return to a great coffee shop we’d found on the way to Toronto, in the same town as the Little League Hall of Fame. 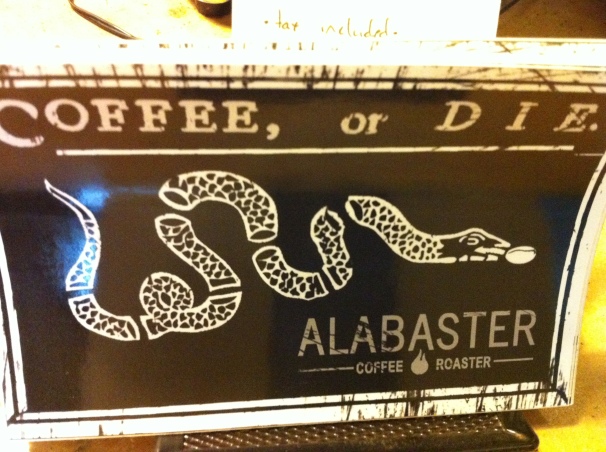 It’s nearly impossible for me to resist a fabulous coffee shop anytime, especially on a road trip.

Today, as I am cramped and too hot, I realize that for the most part, I prefer long drives to long flights, though the latter usually is the gateway to an exciting adventure ahead. Long drives open up possibilities that flights do not offer: sing-alongs, detours, and surprising little discoveries along the way.

Yet I have to admit that a roadtrip has certain disadvantages. After all, when was the last time you sat next to a lovesick college boy on a roadtrip, impressed by a certain brand of late-adolescence love that inspires such lines as:

We are merely a single drop in an ocean of feeling.

Surely – if your life is anything like mine – it’s been a while, and maybe that’s a shame.

Then again, the face-picking really does make me cringe. How nice to know that he’s got a lady waiting for him somewhere, excited to see him again.